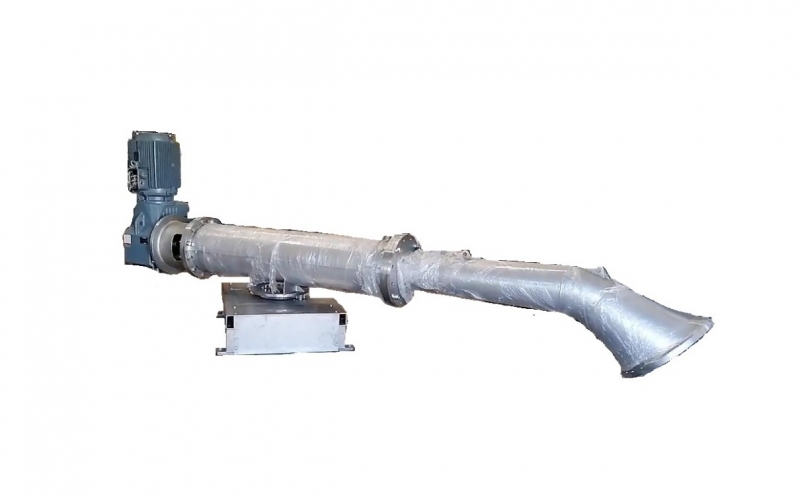 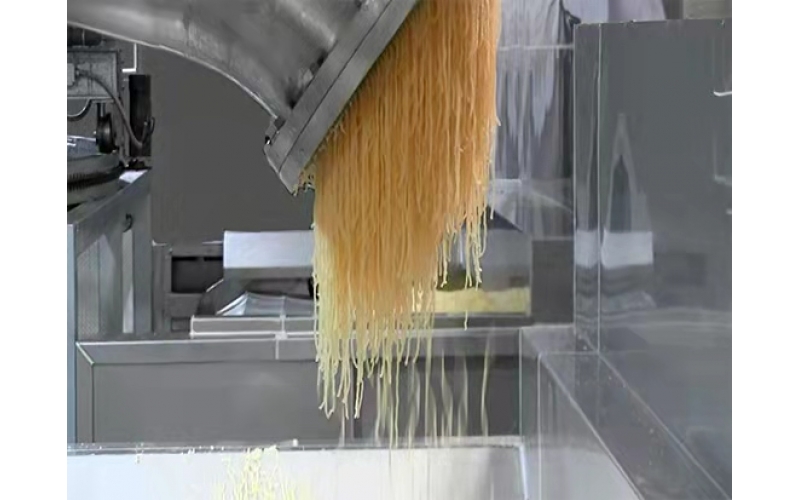 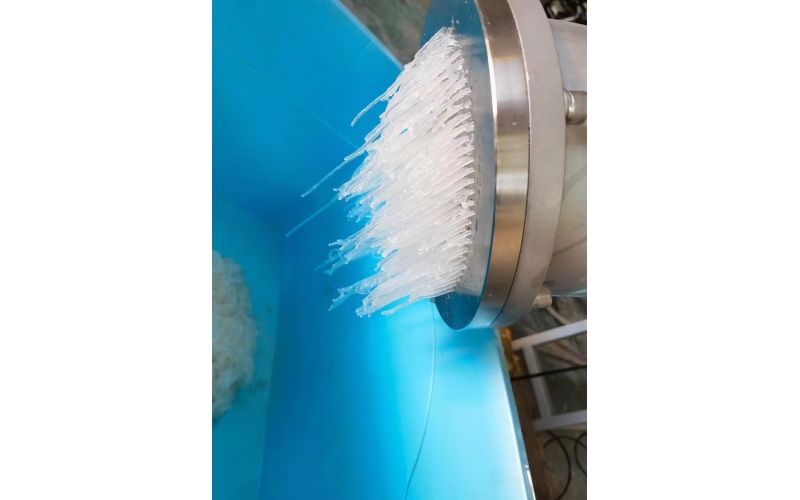 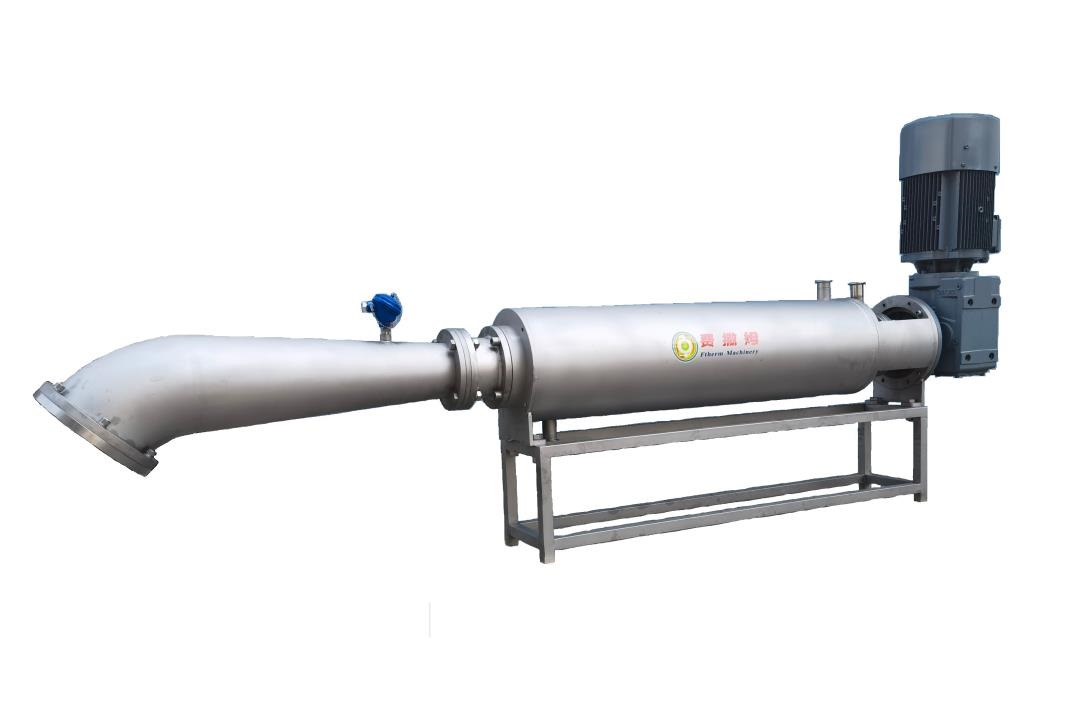 The extruder for gelatin is actually a scraper condenser. After evaporation, concentration and sterilization, the gelatin liquid (generally with a concentration of more than 25% and a temperature of about 50 ℃) is transported to the inlet of the extruder through a sanitary high-pressure pump. At the same time, the refrigerant (generally ethylene glycol low-temperature cold water) is pumped in o the jacket between the outer tank and the inner tank to instantly cool the hot gelatin liquid. Under the pressure of the high-pressure pump, it is squeezed through the orifice plate at the front end to form a strip-shaped coagulated mesh belt, During the cooling process, due to the action of the scraper on the main shaft, the gelatin liquid is continuously heat exchanged on the inner wall of the heat exchange tube, and will not accumulate on the inner wall of the heat exchange tube, thus completing the whole gel forming process of the gelatin liquid.

The extruder adopts various new technologies suitable for gel freezing and extrusion. The new scraper heat exchanger is also called Votator or chemotator in Europe. It is different from the traditional heat exchanger and has been greatly improved in heat transfer structure and turbulence system. The utility model relates to a new metal material, which is used for scraper and heat transfer part, and has the characteristics of durability and high efficiency. The reciprocating conveyor system can be eliminated and the new reciprocating conveyor system can pass through the drying belt continuously. The interior of the gel coat is hollow, clean and transparent. The special sanitary design structure greatly prevents the gel from being contaminated by bacteria.

Gelatin extruder is a kind of scraping surface heat exchanger, which is used to cool concentrated gelatin solution as noodles in the next drying process. The gelatin flows through the clamping sleeve body, the clamping sleeve body contains a rotating central shaft, the scraper is installed on the central shaft, and the cooling medium flows in the clamping sleeve. The gelatin is cooled and gel, extruded in o a surface strip, and evenly coated on the dryer through a reciprocating device. Keep gelatin free from bacterial contamination during belt conveyor conveying.

After the sterilization process, the gelatin solution is cooled by a scraped surface heat exchanger, which is also called "Votator", "gelatin extruder" and "chemotator" by different manufacturers.

In this process, the high concentration solution is gelatinized and extruded in the form of "noodles", and then directly transferred to the belt of the continuous belt dryer. The specially designed swing system is adopted to sprinkle the gelatinized noodles on the belt of the dryer rather than through the conveyor, so as to avoid pollution.

The key component of gelatin evaporator is the horizontal heat transfer cylinder, which is used to directly expand the refrigerant. Inside the cylinder is a shaft rotating at a certain speed, and the scraper constantly scrapes the inner surface of the cylinder.

Scraper surface heat exchanger (gelatin evaporator) is widely used to cool gelatin and is adopted by all modern gelatin factories. The high concentration gelatin solution from the evaporator and sterilization process needs to be continuously cooled, then gel is placed in the heat preservation cylinder, and then directly extruded to the continuous belt dryer in the form of noodles.

A scraper made of wear-resistant material is installed on the main shaft. The spindle can be easily removed from the bearing and coupling support for cleaning, inspection and maintenance. Detachable heat transfer tubes are usually made of nickel for optimum efficiency and are cooled by liquid coolants such as ethylene glycol and brine.

What is a Ftherm® G Gelatin extruder?